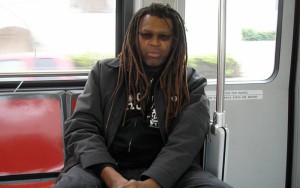 Ted Washington is an artist, author, poet and reluctant businessman. He now lives in San Diego, after spending time as an apprentice draftsman for a beer brewery in St. Louis, an Internal Revenue Service employee in Springfield, MO, a retail sales representative in Denver, CO, and temporarily homeless vagabond turned baker on the beaches of Venice, CA. Ted is the founder of Puna Press and the performance group Pruitt Igoe. Pruitt Igoe was awarded a Synergy Foundation grant and performed in Harlem, New York City. Ted Washington won the BRAND 37 purchase award, with the Glendale Library acquiring one of his artworks for their permanent collection. He is the co-founder and current host of the poetry event Palabra!

The search for order in this chaos. Art. Life. I was hoping to draw pretty pictures but something happens. I get carried away. Dots take time, time for my mind to get away from all of this. The pretty pictures get lost in there and this art is what remains. Unfortunately (or fortunately) there is always an alpha for every omega; more ink, more paper and more time. The chaos takes me. Order is for the end.
You probably don’t want to hear some metaphysical bullshit. You want to hear an answer to, “Why dots?” That I was homeless and how only the pens survived the spiral of drugs, booze and women. And how drugs, booze and women funded and fueled the art.
You probably want to hear about technical challenges; of finding proper gradation in the pen sizes. How I pursued achieving depth in the darkest regions, using the negative space in the foreground and background, using texture to convey the image. About studying Cezanne, Schielle, Adams and Close for the roadmap to the figurative and away. How nature, philosophy, meditation and music have taken me further into abstraction.

The reality of it is, if I live the art will be the reason. Journeys through chaos to order.

I do a lot of commissioned portraits now but in the beginning I wanted to master my technique of stipple. I create my source imagery by taking black and white film photographs and it’s always about lighting. That is what I draw: what the light exposes and obliterates. The dark or the light held at bay. The art is the interpretation of those transitions. With this in mind, when I asked friends or had clients sit I made it clear that the portrait would be composed with advancing the technique as the priority. Most artists have done stipple at some stage but I wanted to go further. Many of the stipple works I had seen didn’t use of hard contrasts. Over a ten year period I went from compositions dominated by white to those dominated by black. I NEVER add white. The negative space pushes the foreground and the background and can be the black or the white. If there is anything that I may have added to the stipple canon it will be the utilization of different point sizes to generate the image, a technique I had not seen in stipple art of the past. I use what is considered a graphic arts technique and make fine art.

Maybe stipple shouldn’t be used this way. Oh well.
My friend and fellow artist Ron Moya relayed to me that I was discovering my own language with the dots. I thank him for that because it opened a new world for me. These are attempts to give vision to the energy behind the reality and the energy that is reality. 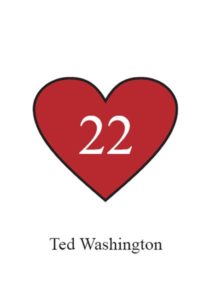 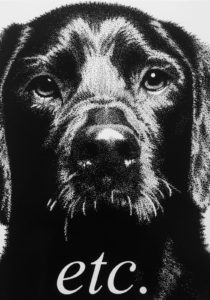 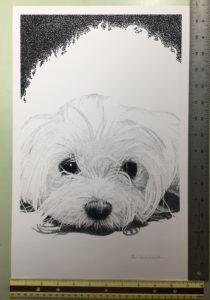 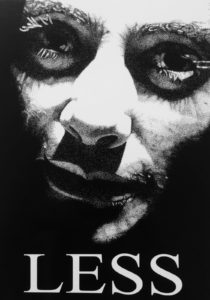 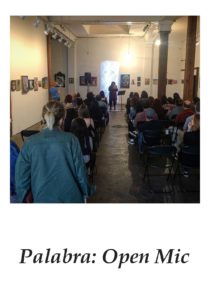 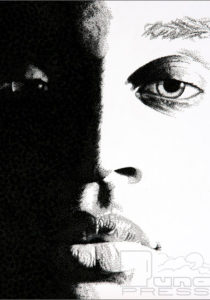 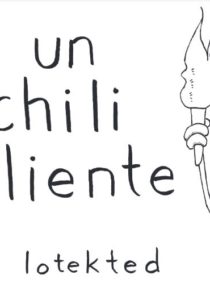