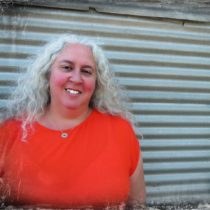 Lizzie Wann graduated with a BA in Literature/Writing from UC San Diego where some of her
professors included Victor Hernandez Cruz, Fanny Howe & Quincy Troupe. When she attended
a spoken word performance that featured Patricia Smith, she was hooked on mixing
performance with the power in the written word. She started attending open mics around
Southern California, became the San Diego scene reporter for Next… magazine, created her
own readings & produced original shows that featured poets & musicians. She earned a spot
on the 1999 Laguna Beach national slam team that competed at the National Poetry Slam in
Chicago of that year, & from there, helped make slam poetry a San Diego fixture. She hosted
one-off slams, then co-hosted the fledgling San Diego slam, then held at the Urban Grind, until
2003. She also founded the Meeting Grace house concert series which ran from 2000-2008.
Her work appears on 2 CDs (A Wing & A Prayer – nominated for Best Local Recording for the
2000 San Diego Music Awards – & A New Leaf), in chapbooks & in anthologies. 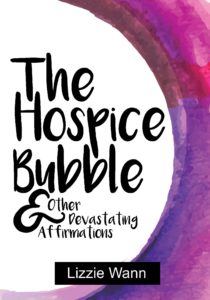