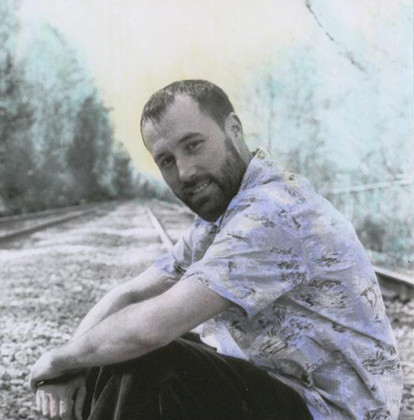 This interactive arts and culture experience will include beverages, snacks and time to mingle. Doors open at 6:30 p.m., and the show starts at 7 p.m. Members are free, nonmembers $6 at the door. The event takes place in the San Diego Art Institute, 1439 El Prado, Balboa Park.

Karla Cordero is a descendant of the Chichimeca people from northern Mexico. She is a Chicana poet, educator and activist, raised along the borderlands of Calexico, Calif. She is a Pushcart nominee and has been offered fellowships from VONA, Macondo, The Loft Literary Center, CantoMundo and Pink Door Retreat. Cordero teaches creative writing and composition at San Diego City College and MiraCosta College, receiving recognitions such as the San Diego State University Global Diversity Award and Associate Faculty of the Year for education and social justice.

Jeff Walt was born and raised in rural Pennsylvania among a community of railroad workers, brick layers and strip miners. He’s been employed as a cowboy at Walt Disney World, gallery attendant, customer service trainer, a cook, masseur and barista, and as an adjunct English composition instructor at Honolulu Community College. He graduated from Goddard College in Vermont with his MFA in Writing and Literature. Walt is a three-time Pushcart Prize nominee and has placed in various national poetry contests. A passionate Aquarian and cinephile, he pops for decoupage, collage, salvaging, macrobiotic food, mixology, home exchange and Mid-Century modern architecture. Currently, he thrives in sunny San Diego as a Regional Editor and The Kowit Poetry Contest Coordinator for the San Diego Poetry Annual, which is part of the San Diego Arts & Entertainment Guild.

The People’s Choice Poem Performance Awards – Participants read/perform one poem under three minutes long. Audience members choose (by secret ballot) their favorite poem based on content and performance. Props, artwork, singing, music, dancing and all accompaniment is allowed and anything goes. Top poem performances (the poems that receive the most votes) win $50 (three to four awards). Audience members will be encouraged to hoot for their favorites and try to influence the rest of the audience. Writers/artists who would like to participate in the People’s Choice Poem Performance Awards can get their names in the hat ahead of time at mkklam@gmail.com or text 619-957-3264.  It is a good idea to sign up early by email or text message, as space and time are limited!