I can think of no better way to wrap up these LifeBeat: Conversations with Purposeful Womxn follow-up Q&A’s than with the indomitable Barbarella Fokos. She is the last guest who was on the final episode (watch the episode) which was recorded live on July 15, 2021. Please take some time to get to know a bit more about Barbarella, like how she won an Emmy, what she really wants from writing, what’s she’s learned by making chocolates, and more. This Q&A was conducted over email, and Barbarella provided her answers on May 31, 2022.

Lizzie: The episode started with a lightning round of questions that every guest answered. The first question was to name your favorite plant or flower. For the follow-up, I’m curious to know what is your favorite type of weather and why?

Barbarella: RAIN. The sound of it in the leaves, or tippy tapping on the window, or flowing by as it gathers in the street. The smell of it, so lush, so alive. The droplets on the flowers. David often tells me I live in the wrong city for someone who loves rain as much as I do.

When I asked what you would want instant expertise in, your answer was languages. Do you speak any other languages? If you had to choose one language to master after English, which one would it be and why?

In school, I took Spanish. I don’t speak Spanish, but it’s the one language I understand a bit more than others (which is not at all). I learned a little Japanese, but only enough to get by when traveling, and even so, not very well. If I had to choose a language to master, it would be Spanish, because I live in San Diego and Spanish is the most prevalent second to English. I would like to understand and be able to communicate with more of my neighbors.

Finally, I asked about your childhood dreams. You said you have always wanted to be a writer. What is it about writing that unlocked your mind and heart even as a kid that made you want to tell stories your whole life?

You know, I never really considered this question before. The first thing that popped into my head when I read it was, “I wanted to be heard.” But it’s more than that. I wanted to be understood. Not only by others, but by myself. When I first started writing, really writing, it was for me. I journaled every day for nearly a decade. Early on that journey, my writing morphed from, “Here’s what I did today,” to “Why do I do what I do? Why does anyone? What do I feel about this? Why do I feel that way?” Writing was a way for me to process the world and my reaction to it. To consider my involvement IN it. It’s how I think about things, even today. I no longer journal, but when my feelings are too big and confusing, I turn to the notes app on my computer and I write it out, the way others might “talk it out.” Writing is my therapy. Always has been. The stories, they’re secondary. That’s how I engage others when I want them to understand something, how I package a message I’m trying to convey. Stories are a way to be heard, a way to connect. And I like making people laugh, so if I can work humor into a story, even—no, especially—a tragic one, that’s a great feeling. As Dolly Parton’s character in Steel Magnolias said, “Laughter through tears is my favorite emotion.”

In our one-on-one conversation, you shared some of your history about your column, “Diary of a Diva,” in the San Diego Reader and the book of the same name. You briefly mentioned your television appearances too, but I’d like you to give us some more details about the shows you were on. How often were your NBC segments? Tell us more about Art Pulse TV.

My TV spots began in association with my other weekly gig at the Reader, which was called Your Week. This was the front page of the calendar section, where I selected one or two of the more interesting events for each day of the coming week for a bit of elaboration. As the event curator of sorts for the Reader, I was invited as a regular guest on KPBS’s Morning Edition (later Midday Edition), and NBC7’s morning news. I also made regular appearances on KUSI and FOX6. My NBC spot was the most consistent. My segment, “Stepping Out with Barbarella,” was around once a month, always on a Thursday, as with the KPBS weekend preview spots. For this, I created a short (45-second) video summary of some event I’d attended the week before, then chat a bit about that with the morning anchor, after which I’d suggest things for viewers to do the coming weekend.

After that, I pitched a segment called “5 Questions with Barbarella.” These appeared monthly during the nightly news, and also on California Nonstop, a statewide network. For these four to five-minute segments, I interviewed people around town. First, I went for the notable (such as famed conductor, Jahja Ling). But soon I realized it was more interesting to elevate people in what we consider everyday occupations. I interviewed a trash collector, a parking enforcement officer, the self-nicknamed Lady Cab Drive, a firefighter, and a theater set designer, among others. I only asked 5 questions, and I played with my guests a bit.

After that, I was brought in to create a segment for a new television show sponsored by a local non-profit. That’s Art Pulse TV. Though I was brought in as a potential contributor in early talks, I was asked to take over as Executive Producer after presenting my vision and suggesting a plan to move forward. It was a whirlwind. I brought in David [Fokos] to help direct and oversee all the technical aspects. Together, having never done anything like it before, David and I managed to produce, direct, film, and edit 20 episodes in only 22 weeks. We received 7 Emmy nominations and each took home a statue for Excellence in Arts and Entertainment Programming. That was the same year my book came out. I joked (partly, because I still wonder if this is the case) that I was hitting my peak in life.

Creating the show helped me realize that though writing will always be a part of my core being, filmmaking—particularly documentary filmmaking exploring why it is that artists are compelled to create—was a passion I needed to pursue. So David and I founded our production company, Salt & Sugar Productions. Since 2017 we have produced, directed, filmed, and edited eight artist documentary films: five short, two long-form, and one feature-length.

I know that with COVID, production on your documentaries through Salt & Sugar Productions was on hold. However, you’ve been able to work on and finish your film about Lew French. Can you tell us what’s going on with it and what’s ahead?

Our film about Lew French, called The Power of Stone, has been our most ambitious project to date. We estimate the pandemic set us back at least a year, but not for the reasons people might think. We were actually finished filming in early 2020, aside from some pick-up shots. It was the emotional toll of the pandemic, along with my father-in-law’s illness and subsequent death, that kept us away from editing. All of that, plus scrambling to take on remote projects to pay the bills, and yeah, I’m pretty sure we didn’t even THINK about the project for a good eight or nine months. Once we got back to it, though, we managed to bring it home, and we are really, really pleased with the end result. We have just begun submitting it to festivals with the ultimate goal of distribution. As for what’s next? We’ve already begun filming our next, even more ambitious (or as I like to say, amBITCHous) project to date, about world-renowned artist Masami Teraoka.

Finally, we talked about your newfound hobby of making chocolates. I know from your Instagram that that’s still ongoing. What have you learned by pursuing this new artistic avenue? Where do you get your flavor combination ideas? Tell us everything!

I do love making chocolate bon bons. Every step of the process is interesting and challenging and fun, from conceiving of the designs and flavors to painting the molds, filling them with goodness, improving my technique so that there’s a little less chocolate all over the place when I’m done, and finally, cracking them out of the shell. I enjoy photographing them and sharing those pics (on my Instagram page @barbarellaf) just as much as I enjoy making them and sharing them with friends and family.

The best lesson in all of this has been that I am capable of learning something new and allowing myself to fail until I get better. I didn’t realize I was capable of that part, the “what a mess that was, but let’s try again anyway” part. From the process I’ve learned patience and precision. More importantly, I’ve learned that it’s never too late to follow a new passion.

Thanks, Barbarella, for sharing so much more about your early work as well as what you’re doing now and what’s ahead. Make sure you follow her and her company on Instagram. And, dear readers, I can attest that her chocolates are as good as they look! We wish you all the best, Barb!

And that’s a wrap on these LifeBeat follow-ups! Thanks so much AGAIN to all my guests who shared more about their lives and work as they continue to move forward with purpose. 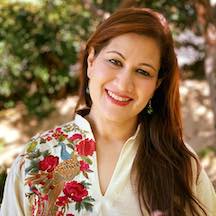 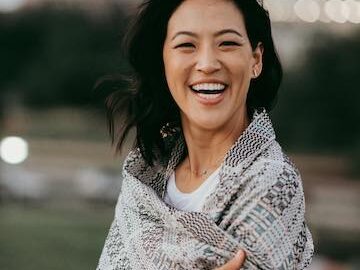 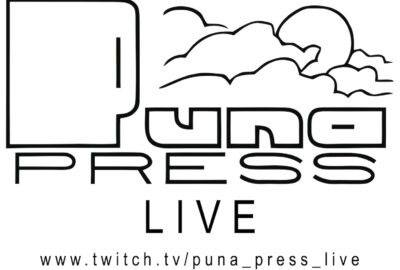 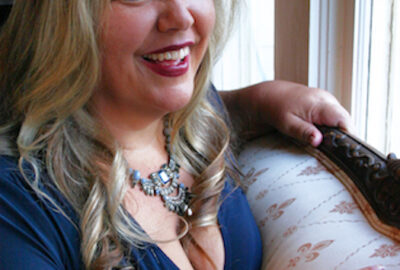