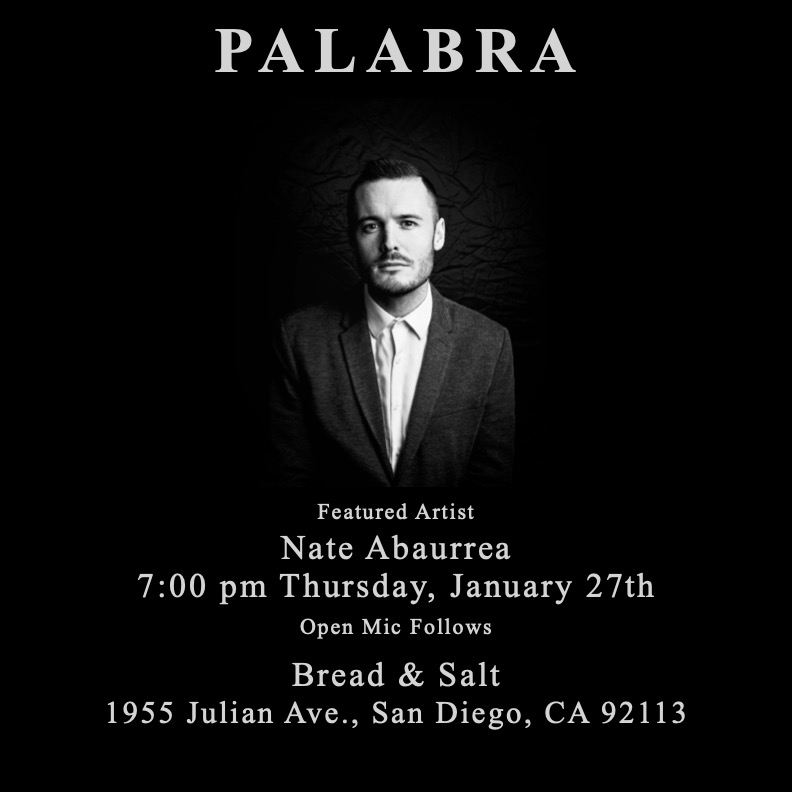 Born and raised in Watsonville, California, Nate Abaurrea is a lifelong poet and broadcaster. He moved to San Diego in 2016 and spent four years working in Tijuana as a writer, DJ, and radio commentator, covering the cross-border region.
Nate has recently graced SD stages alongside well-known poets Stacy Dyson and Sandy Shakes. His debut, 100% independent poetry chapbook “Backroads & Borderlines” will be out early this Spring, featuring artwork from Chula Vista’s own Josue Baltezar.