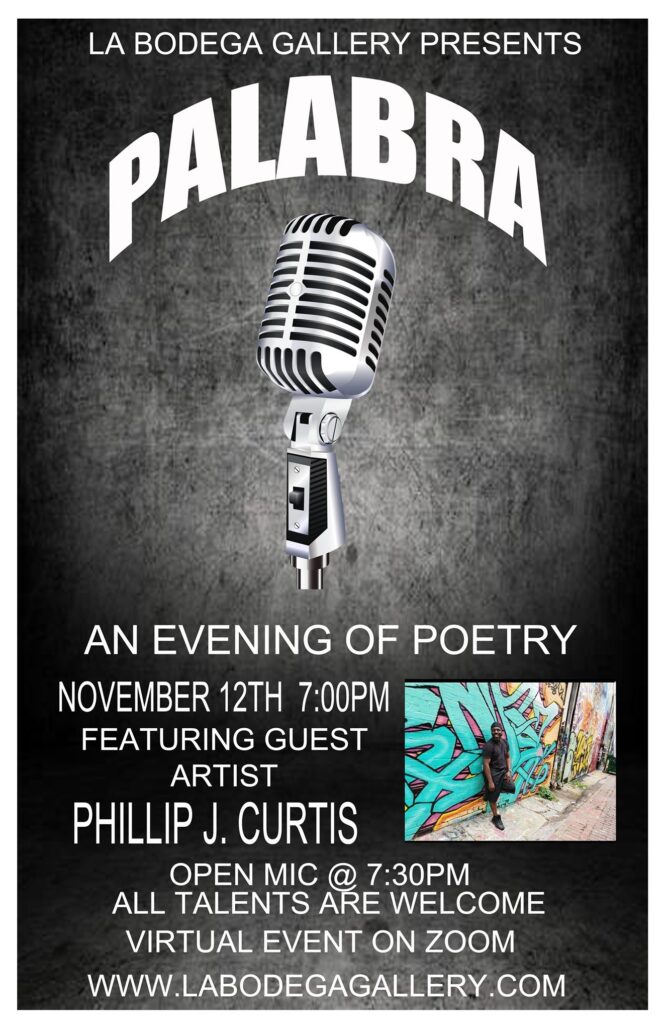 We have two Featured Artists this week: Philip J. Curtis and DrayZera

Writer, spoken word artist, and mentor Philip J. Curtis is a native of New York with roots in Jamaica West Indies, who arrived on the Colorado Springs poetry scene in 2006 bringing with him a brand of New York City straightforwardness and swag along with the sensual sun of Jamaica West Indies. Mr. Curtis established luvsaverb.com 2007 combining his love for music with his poetic flow. Philip aka Midnight is also an avid community steward. He has facilitated poetry workshops at various high schools, and colleges. He has supported non-profit organizations such as CASA, LifeWithoutLupos.org, TESSA, Finding Our Voices, and Art from Ashes. He is a founding member of Hear Here Poetry and in 2009 he established Poetry 719 on Facebook to foster and support the freedom of self-expression in spoken and written word through community connections, education, and poetic unity for all ages. Mr. Curtis will release two books in 2020 to celebrate his forty years of performing. Mr. Curtis is the founder of Poetry719 based out of Colorado Springs, CO (www.poetry719.com) You can keep updated with Philip J Curtis aka Midnight via his website: www.midnightpoet00.com or IG: midnightpoet00

DrayZera, born ten years before millennia, began writing aged seven on and off. The on-switch occurred one Open Mic night in year sixteen of the millennia when the then 25 year old stepped onto stage for his debut! From then “Broken Circuitboard” accelerated for his first published poetry collection for summer 2017 release performing poems in a UK tour that also included San Francisco at the back end of the year. DrayZera then, in year nineteen, released the acclaimed Spoken Word-themed film series “Psycho Lucy” filmed in the grand Roman City of Bath, United Kingdom. After releasing “Cut Them Loose” Music Video with artist “RMB” in 2020. DrayZera has since revived his “DrayZera UNCENSORED” podcast with Pro-Wrestler Jack E Hyde, released “The Palm Chronicles” series with Palmist “The Becka Mysteries” and continues to release spoken word content!
What next for DrayZera? Only his fans and family – the #moonlightarmy and the striking of his pen on paper knows…
Links And Contact
Website – www.drayzera.net
Email – drayzeracreative@gmail.com
FB – www.facebook.com/drayzera
YT – www.youtube.com/c/drayzera
IG – www.instagram.com/drayzera
TW – www.twitter.com/drayzera

After the featured readers we will have an open mic.